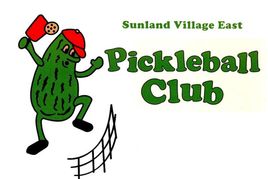 If you were at the November club meeting you saw my report about access to the restrooms in the Palo Verde building through the Rosewood Room. I met with our SVE manager, Katie, on December 5 and presented her with these two options:

1. Allow us access (via fob) through the "official" Rosewood room door and into the "Wood shop" restroom. There are two entrances to that single- use bathroom - one in the wood shop and one in the Rosewood room right next to the exterior door.

2. Allow us access through the fire door in the Rosewood room and we would put up moveable office partitions that would allow privacy for those using the room and only take up a small amount of walkway space from the fire door directly across the south end of the room to the hallway and restrooms. Because there is not fob on the fire door, I asked if we could keep the fire door unlocked during the day and have security lock it at night like they do the storage room door. She was concerned about us having access to the entire building - however, the Oakwood room door has a lock and the wood shop door has a lock. Both of those club members have "access to the entire building" using her reasoning, as well as anyone using the Rosewood room. Coert and I have talked to the City of Mesa several times about any restrictions with the fire door - leaving it unlocked from the outside as well as putting moveable office panels up that would block the door. All of these ideas/options were ok'd by Donna Canale, Senior Building Plans Examiner, as long as the panels could be shoved aside with 5 pounds of pressure and as long as the door was not permanently locked - it has to remain a door that can be pushed open from the inside.

At that same meeting, I asked Katie for any suggestions that she might have that we haven't thought of, because we need access to restrooms that are closer than the Mesa Verde building. I told her that I have been working on this issue for two years; we need some resolution.

Since I hadn't heard from Katie when Gary Nault came to our meeting, Coert asked Gary if it would be possible to put a fob striker on the fire door giving only Pickleball Club members access. He said that yes, that could be done. So I emailed that idea to Katie telling her that we had asked Gary about this idea.

Here is some of her response, "To add a fob, we would be looking at a sizable cost and also some additional research that would have to be done about putting an electronic striker on a fire door. Requests such as this do come to the Manager if they are mid-year and can be evaluated in respect to the approved budget." Then she talked about putting in a budget request for next year. She goes on to say, "After reviewing the information given, I am not looking to move forward with allowing Rosewood access for Pickleball bathroom access through either partitions or through the front door for the 2023 fiscal year at this time."

I emailed her back after doing some research on the internet and found that there are two types of fire doors - those that are electronically opened when the smoke/fire detector goes off and those that are simply opened by pushing from the inside. Obviously, that door is the latter and this article said that an electronic striker (fob) can easily be put on that type of door.

So, what about the cost? Coert met with the fence person this morning who has a contact (I also asked Katie who we use) and will get that information to us. He didn't think it was a "considerable" expense. Since we so desperately need bathroom access, and our Clubhouse (building) is many years off, is the electronic striker (fob) installation an expense the club is willing to pay for? Otherwise, we are looking at a budget request next October, and if approved, installation cannot begin until at least January of 2024. I will try to have information about this at the January meeting where we can make a decision as a club how we want to go forward.

I welcome any suggestions, questions, and comments.